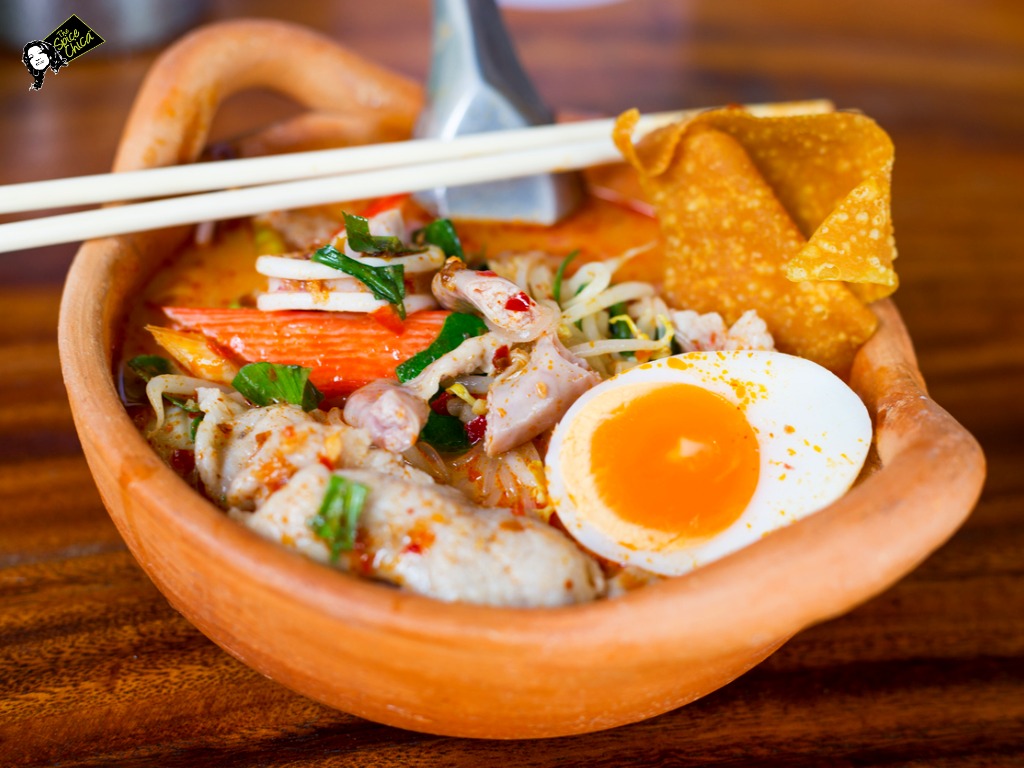 Tom yum or tom yam  is a type of hot and sour Thai soup,usually cooked with shrimp (prawn).Tom yum has its origin in Thailand. In recent years,tom yam has been popularised around the world.

The words “tom yam” are derived from two Thai words. Tom refers to the boiling process, while yam refers to a Thai spicy and sour salad. Indeed, tom yum is characterised by its distinct hot and sour flavours, with fragrant spices and herbs generously used in the broth. The basic broth is made of stock and fresh ingredients such as lemongrass, kaffir lime leaves, galangal, limejuice, fish sauce, and crushed chili peppers.