Choripan (sausage on a bun) 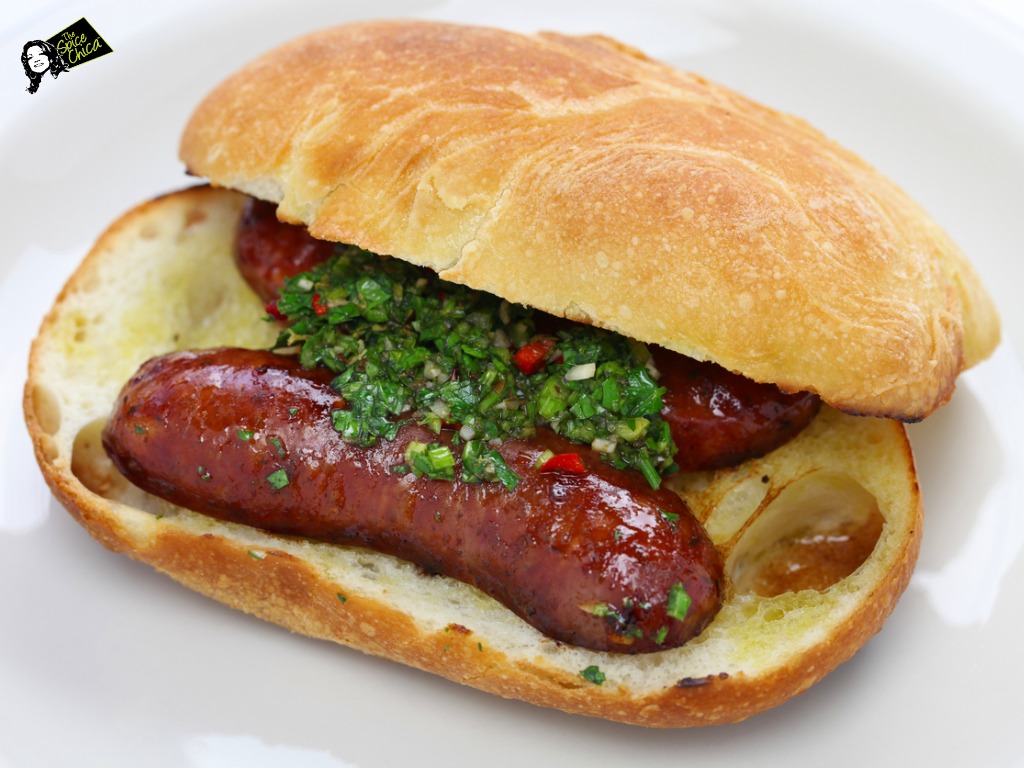 Chori for chorizo, pan for bread: together that makes the Choripán, a type of sausage sandwich popular in South America and not well enough known in the rest of the world. Sausage and bread — it sounds simple, doesn’t it? But throughout the continent, debates rage on about the kind of bread, the kind of sausage and the kind of sauce or toppings that best compose it. So let’s embark on a journey to South America!

The usual sauce for the Choripán is the Argentinian Chimichurri, a vinaigrette-like hot sauce combining lot of herbs, garlic and chili. But you can also find other kind of sauces like salsa criolla or pico de gallo, based on tomatoes, onions and coriander. Traditionally, that is all that you will find in the sandwich. But like every sandwich, it’s hard to resist a little twist. Some Argentinians will go for an egg, while in Chile the chorizo is topped with aji and pebre and sometimes mayonnaise. In Puerto Rico, you might find not only mayonnaise, but also pickles, Manchego cheese and sometimes ketchup. What’s for sure is that the sauce will bring a peppery heat! Accompany your sandwich with a cold beer like they do in Brazil or with some South American red wine!

Combine all ingredients for the sauce and stir. Let the salsa sit for at least 5 minutes or put it in the fridge for a longer period.

Toast the bread slightly if needed.
Grill the sausages, either whole or butterflied.
Put the sausages in the bread, add the sauce.