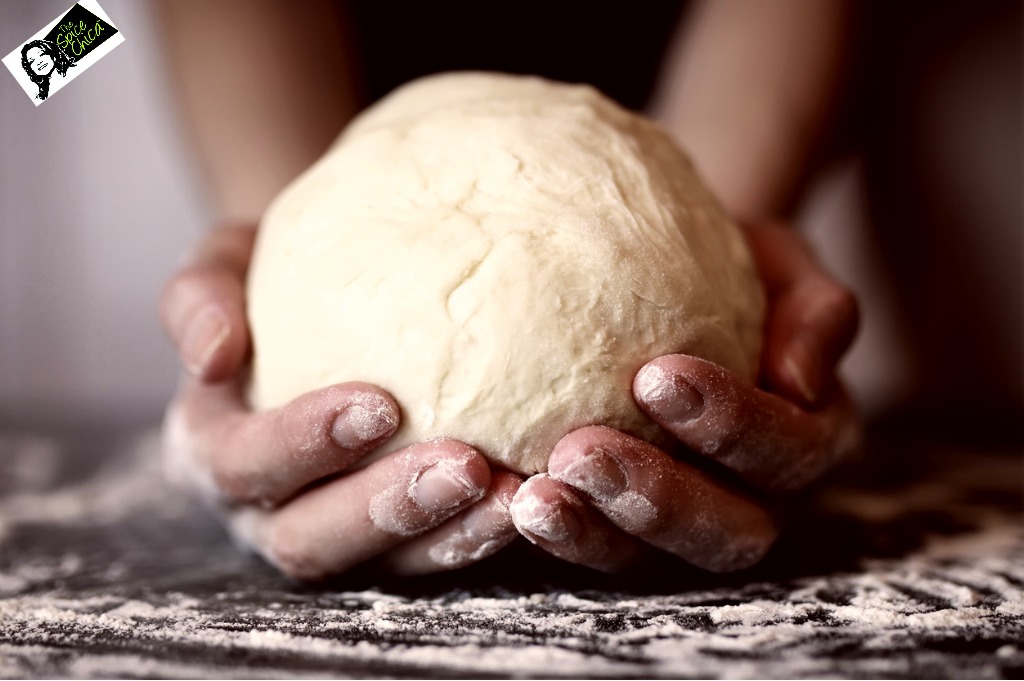 Neapolitan pizza is where it all started. In some ways, it’s the simplest form of pizza out there—it has the fewest ingredients of any. In other ways, it’s the most complicated. Few ingredients and blazing hot temperatures in excess of 900°F mean that the slightest mistakes will amplify in the finished product. Producing a perfect Neapolitan pie is not easy, but it’s not impossible.

Neapolitan pizza is made from a lean dough—that is, it’s got nothing but flour, water, salt, and yeast. No oil, no sugar, nothing. The flour is generally a high-protein flour, often of the Italian “OO” type, which is ground extra fine, giving it a unique texture and the ability to absorb more water without becoming soupy.

With so few ingredients, the key to great Neapolitan pizza crust is a good long fermentation period during which time starches will break down into simpler sugars, yeast will create flavorful by-products, and gluten formation will occur, allowing you to stretch the dough out easily and making for a dramatic rise and good charring in the oven.

The best Neapolitan pies should have a thin, thin layer of crispness to the crust, followed by an interior that is moist, poofy, and cloud-like with good, stretchy chew, and plenty of flavor. Even browning is not what you’re looking for. Rather, you want a leopard-spotted look, with many small dark spots surrounded by paler dough. True Neapolitan pies are not stiff—you can’t pick them up as a slice—a fork and knife are perfectly acceptable utensils.

Neapolitan pies are traditionally cooked in wood-fired ovens and go from raw to finished in about 90 seconds or so. But baking excellent Neapolitan pizza does not require a fancy oven. There are many hacks that’ll allow you to cook up quality pies at home with great spotting and a tender-crisp crust.

Grilled pizza is made by laying a stretched piece of dough directly on the grates over hot coals, cooking the first side, flipping it, topping it in reverse order (that’s cheese, then sauce), then returning it to the fire to cook the second side. As the second side cooks, the cheese melts, and the sauce warms. It’s as simple as that.

Spread the coals under one side of the grill (leave the other side unheated so that you have space to slide the pizza while you top it), then cover the grill to let the grates heat up.

You can work one ball of dough at a time while you’re cooking or roll out a half dozen at a time, stacking them in between well-floured sheets or parchment paper (keep them in a cool place, like in a cooler after rolling and stacking, or they will expand and stick). That way, you can fire them off one after the other without any break in the dining.

After rolling the dough out, brush one side with a thin coat of olive oil (this’ll help it brown more evenly) and a sprinkle of salt and pepper.

2.Lay the dough oiled-side-down on the grates and allow it to cook for about a minute, shifting and rotating it every fifteen seconds or so to cook it evenly. It should start to bubble and blister within 10 seconds. This is fine. You can flatten any extra large bubbles, but anything under two inches or so will take care of itself when you flip the dough.

While it’s cooking, brush the top side with a little more oil.

3. Once the first side is cooked, flip the pie and slide it over to the cool side of the grill. Working fast, apply a sparing amount of cheese (about 1 1/2 ounces of shredded mozzarella and 1/2 an ounce of grated Parmesan is what I aim for) directly to the top of the pizza. The residual heat from the crust should begin to melt it. Next, dot your sauce onto the pie in distinct piles, which helps keep everything neater than simply smearing it around (and disturbing the cheese).

Finally, add the toppings of your choice (again, more on those in a bit). If you want your cheese extra melty, you can cover the grill for 30 seconds or so at this point while the pizza is sill on the cool side.

4. It’s time to slide that pie right on back over the coals (I find it helps to slide it along the same orientation as the grates rather than fight against them, using them as kind of casters to move your pizza about) and cook the second side just like the first.

You’ll want to get your peepers right on down to grill level in order to peek under the pizza as it cooks by lifting the edges with a spatula. That’s really the only way to gauge doneness without knocking the toppings off. As before, you’ll have to rotate the pie frequently to get it to cook right. But when it does, boy, is it worth the work.

5.Topping a grilled pizza is a completely different beast from topping a regular pie. Why? Because once you add the toppings, they don’t get heated again like they would in a normal pizza oven. That means that every topping you use has to either be par-cooked, grilled, or thin enough that it’ll cook through via the residual heat in the pizza.

Lean, simple dough cooked at ultra-high temperatures to ensure good puffing and charring before it can dry out and become tough.

Any sort of high protein flour, though for the most “authentic” results, use a finely milled Italian-style flour, such as Caputo “OO” or King Arthur’s “Italian-Style” flour.

No-knead is the easiest method and coupled with a long cold ferment (below), a delayed rising period in the refrigerator of at least three days and up to five—it makes for a dough that’s extremely flavorful with virtually no work involved. Mix up the ingredients, cover it, and just let it sit until you’re ready to roll.