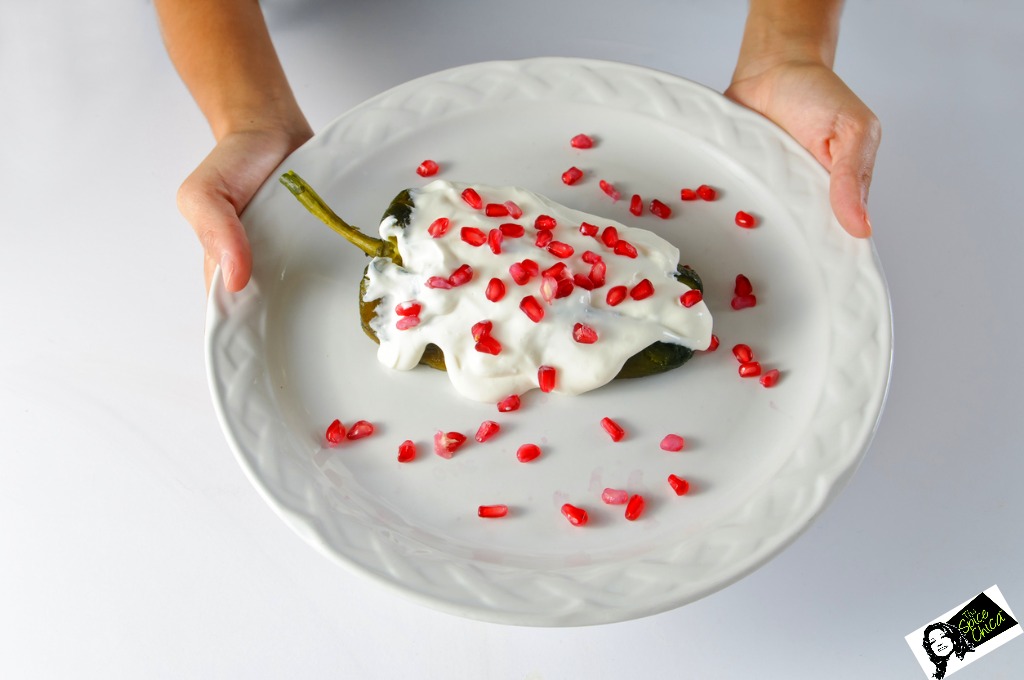 A low fat but lovely substitute for the usually pork-filled, cheese covered stuffed poblano peppers, inspired by the delicious Chiles in Puebla City. You won’t miss the meat or the cheese. This dish is low in fat, but very high in flavor, fiber and spice.