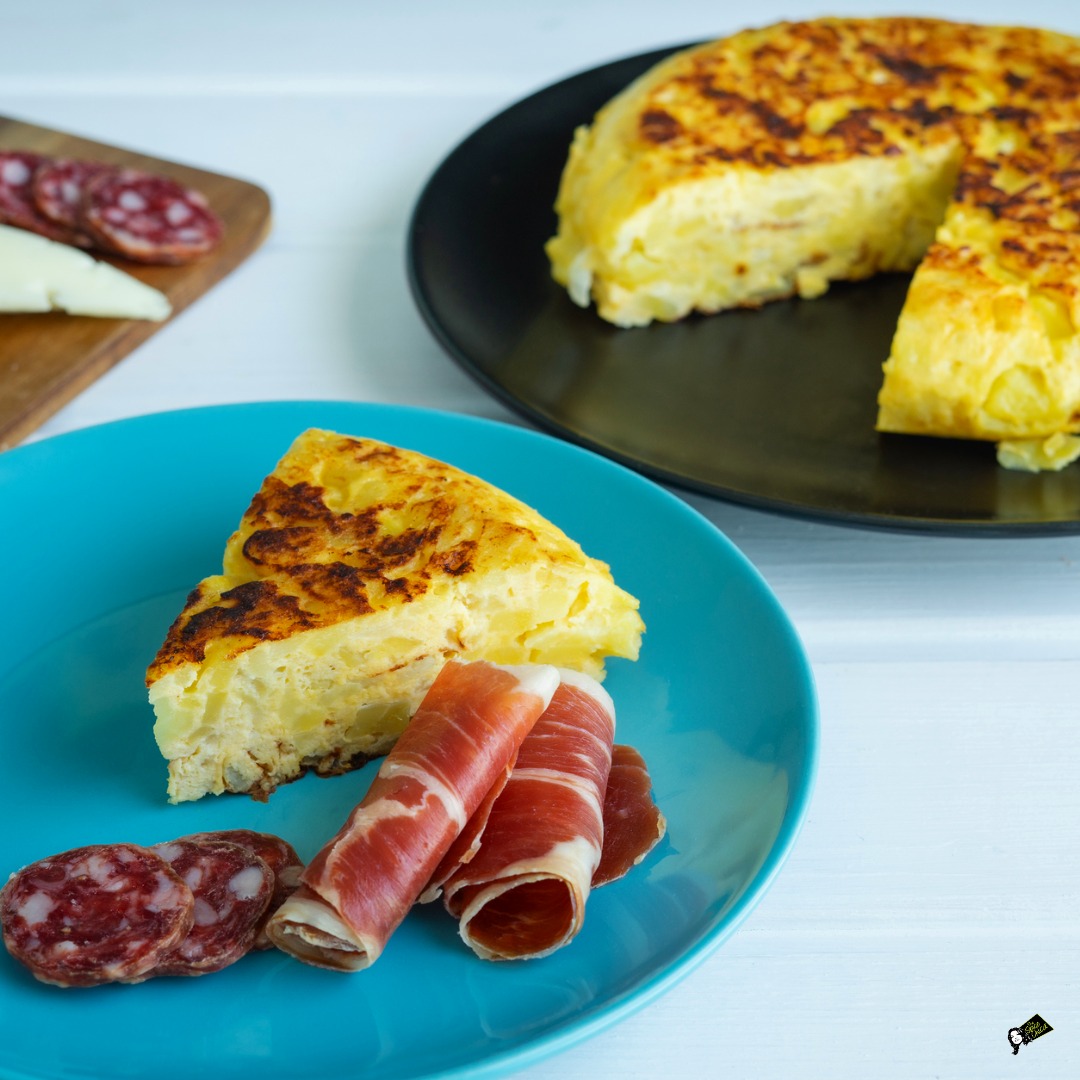 Sometimes the simple things are the best, and anyone who has tried a warm slice of Spanish omelet, known locally as ‘tortilla de patatas‘, will have to agree. Read on to discover everything you need to know about this national culinary treasure, from its humble origins to the secrets of its preparation.

Perhaps due to it being such a simple dish similar to many other egg-based omelets, little is known of the exact origins of the Spanish omelet. The first reference to the dish is believed to have been found in an anonymous letter addressed to the court of Navarre dating from 1817. The letter details the poor conditions of the populations around Pamplona and the Ribeira, stating that many make do with only a few eggs cooked as a tortilla with potato, breadcrumbs and other simple ingredients to feed five or six people. One popular tale states that it was an army general called Tomás de Zumalacárregui who first invented the dish as a cheap and easy way to feed his troupes during the siege of Bilbao, and yet another version of the story states that it was in fact a poor farm wife who invented the dish, one day when the general visited their farm and requested to be fed.

For something so simple, there is considerable room for debate when it comes to what the authentic recipe for a Spanish omelet actually is. In fact, the controversy surrounding the inclusion or not of the humble onion in tortilla is one that could could keep some Spaniards talking for hours. Purists would have it that a true tortilla de patatas would only contain potato, eggs and olive oil, leaving the subtle flavours of the oil and egg to give the dish its distinctive taste, but onion advocates claim that the sweetness it brings when slowly cooked down in olive oil is an essential component of what makes the dish so delicious. It is fair to say that both versions are probably equally as popular and equally considered ‘traditional.’

The moment things start to get a little more complicated is when it comes to what some might consider ever so slightly more fanciful additions, which range from chorizo to green pepper, cheese or even tuna. In more upmarket restaurants, chefs have featured versions including luxury ingredients, such as truffle and foie gras. As popular or as flavorsome as these variations may be, they cannot really be considered classic ‘tortilla de patatas,‘ as the inclusion of onion is as about as far as the traditional recipe is willing to stretch.

The quality and even nature of the oil is also something worth considering given the sheer volume of the liquid included in the dish’s preparation. Extra virgin olive oil is an obvious first choice, but some households may defer to a lesser-quality olive oil or even stray to another type of oil (such as sunflower), which inevitably leads to the distinctive fruity flavor of the olive being lost.

A modern variation on the use of fresh potatoes has grown in popularity in recent years, which was no doubt fostered by the great Catalan chef Ferran Adrià and calls for using potato crisps instead. Since the traditional recipe requires finely sliced potato bathed and cooked in olive oil, the use of crisps may well be a clever shortcut and an interesting twist on the traditional recipe — but because the humble potato hardly ever takes center stage in many recipes, perhaps it is best left to its leading role in the tortilla.

The Eating of Tortilla

One notable quality of the Spanish omelet is its widespread popularity throughout Spain, something which is not very typical in a country where regional differences (both culinary and otherwise) are so strongly pronounced and so proudly defended. A relatively simple dish to prepare, it features heavily on the glass top counters of restaurants across the country and is a popular option for a tapa, the small dishes that make up Spain’s signature serving style. When served as a tapa, the tortilla is usually cut into a small squares, each of which is served with a cocktail stick.

If it is being eaten as part of a meal, the tortilla is usually served in a large triangular slice and may come accompanied by some salad or tomato. It’s a popular dinner time meal for those looking for a light dish before bedtime, and many households keep a tortilla around the kitchen for an easy snack or meal. The dish can be served (and enjoyed) either warm or at room temperature, with the latter being more frequent if the dish is being eaten as a tapa. A homemade tortilla served as a meal may sometimes still be a little soft inside if the egg has not been left to cook through — although this may not be to everyone’s liking.

To start the tortilla, peel and dice the onion. Heat a non-stick fry pan to medium-low and add the olive oil, followed by the onions and salt. Stir and sweat until translucent. While the onions sweat, peel the potatoes. Once the onions are ready, cut the potatoes into quarters lengthwise. Using a small paring knife, cut the potato into little pyramid-shaped pieces, placing them into the pan as you cut them. Once you have finished cutting all of the potatoes, add the remaining olive oil, salt and white pepper.

Whisk the eggs and pour over the potatoes, fold together.

Heat a 9″ -inch, non-stick fry pan (see Chef Notes) over medium heat and add the oil. Once the pan is hot, add the potato and eggs.

Place the frying pan back onto the stove and drizzle with a bit more oil. Slide the tortilla, uncooked side down, back into the pan and tuck the sides underneath. Cook on medium heat for another 3 to 5 minutes. Use a large plate to flip the tortilla out of the pan. Allow the tortilla to sit for at least 15 minutes before serving.

To make the dressing, first crush the garlic and place into a bowl. Add the lemon juice, honey, salt and pepper. Slowly whisk in the oil.

When you are ready to serve, spoon a few tablespoons of the dressing over the salad and mix.

Once the tortilla has cooled, cut into wedges and serve with a bit of the salad and a few oven-dried tomatoes for garnish.

Tortilla:
The shape and size of your pan is important. You will need a pan with curved sides that is about 9″ -inches in diameter. Also, make sure the pan is non-stick and has sides that are at least 2″ -inches high.

This is an example of how good just a few simple ingredients can be when put together. Tortilla de Patatas (Potato Frittata) is one dish that is on every tapas menu in Spain.