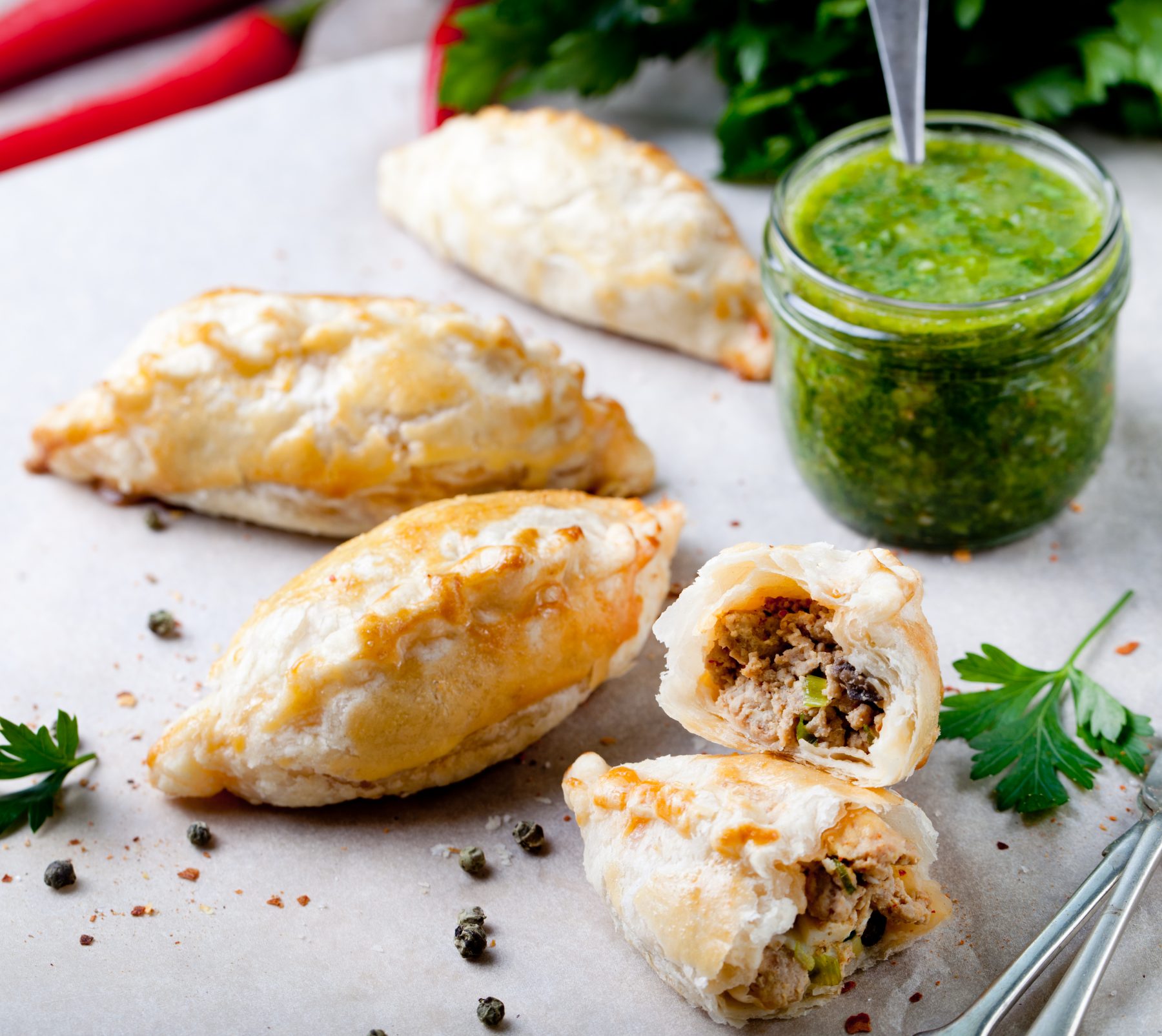 After steak and pizza, a trip to Buenos Aires is not complete without empanadas. Every region of Argentina has its own special recipe which, the locals will assure you, is better than any other empanada out there.

The modern empanada is believed to be a derivative of the Indian samosa. The first empanadas were made in the Iberian peninsula, specifically Portugal and Galicia (the north-westernmost region of Spain), during the Medieval period and at the time of the Moorish invasion. Recipes for empanadas have been found from as early the start of the 16th century.

The name “empanada” comes from the Spanish “empanar“, which means “to bread” or, in the case of the empanada, “to wrap something in bread”.

Since their arrival in Argentina some centuries ago, empanadas have become a fast-food staple in Buenos Aires. They can be easily found in little take-away pizzerías all over the city as well as in many restaurants. A typical Argentine empanada is made with a flour-based dough (rather than maíz, or corn) and some of the most common kinds are: ground beef, cubed beef, chicken, ham and cheese, ham and onion, spinach, and humita (sweet corn with white sauce). The fillings often include other ingredients such as peppers, onions, hard boiled eggs, and olives. Empanadas can be either baked (Salta-style) or fried (Tucuman-style).

The version below is from Vamos Spanish Academy.

Since every region has its own style, you’re sure to find an empanada that suits your tastes: The Tucuman Province is home to the National Empanada Festival, held each September. They have three traditional varieties: beef, mondongo (tripe), and chicken, although mondongo and chicken are the most traditional. Spring onions, pimento, and vinegar are often added to the meat, while potatoes, peas, and olives are used only rarely. The dough is a simple mixture of flour, water, and lard.

The Salta Province produces empanadas salteñas, tend to be smaller than the Tucuman variety and are prepa
red without the addition of fats or oils. In addition to the usual flavors, they also have spicy beef. Fillings often include potato, egg, red pepper, and green onion. Jujuy offers beef, chicken, goat, and even llamas. They put chili, onion, and peas in their empanadas.

The empanadas from Córdoba are sweet and made white sugar, beef, raisins, potatoes, and olives.

Catamarca and La Rioja, provinces in western Argentina, are often made with garlic, potatoes, ground beef, onions, and olives.

Entre Rios has a special empanada that is stuffed with milk-soaked rice.

Up north in Corrientes, Misiones, and Formosa, the empanadas are sometimes made with mandioc flour.

In Patagonia, the most common filling is lamb. On the coast, seafood empanadas are also quite common.