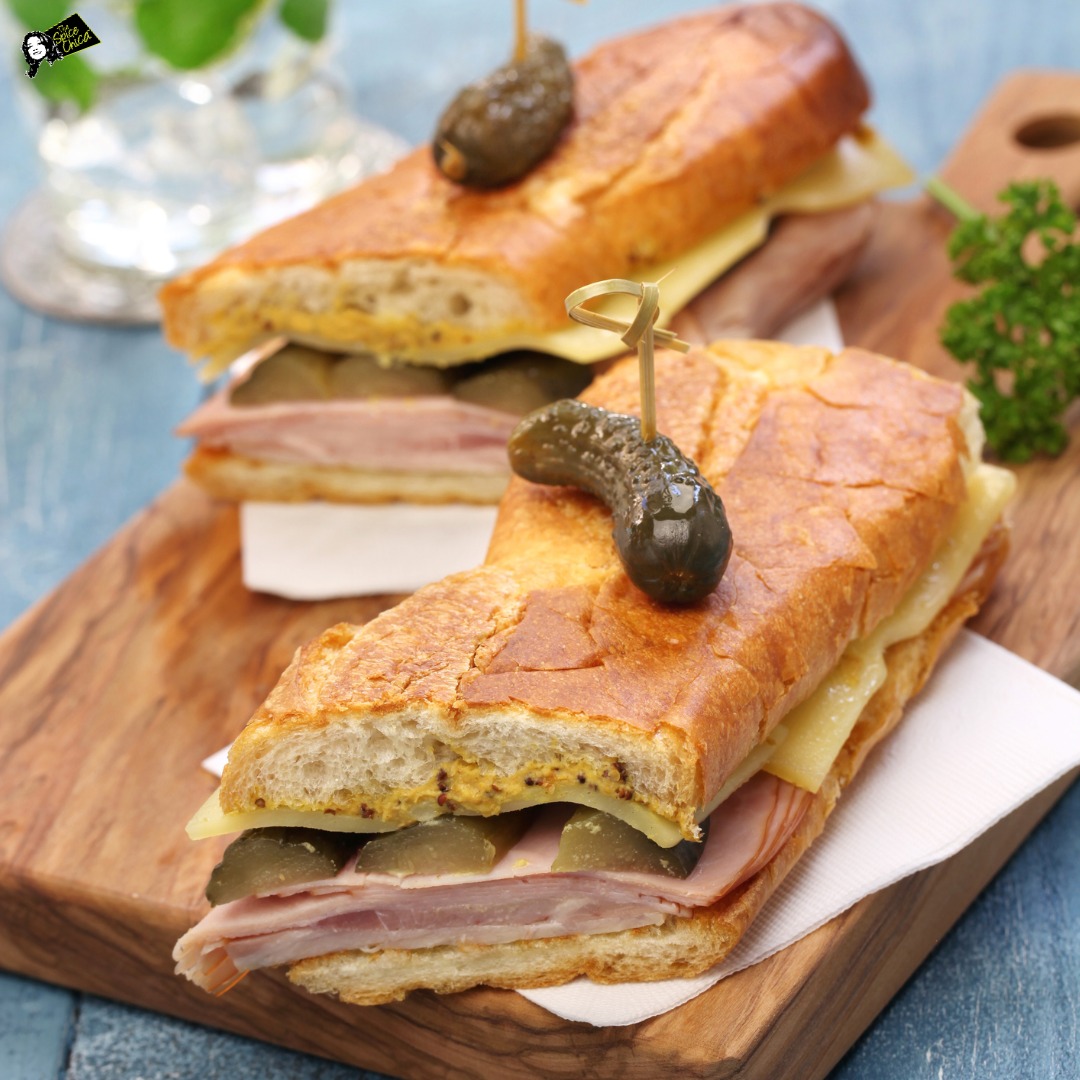 A Cuban or a Cubano is a grilled, pressed sandwich made with Cuban bread that is filled with ham, roasted pork, Swiss cheese, pickles, and mustard. It was originally invented by Cuban immigrants in Florida, who wanted to make their own variation on a classic grilled ham and cheese sandwich. 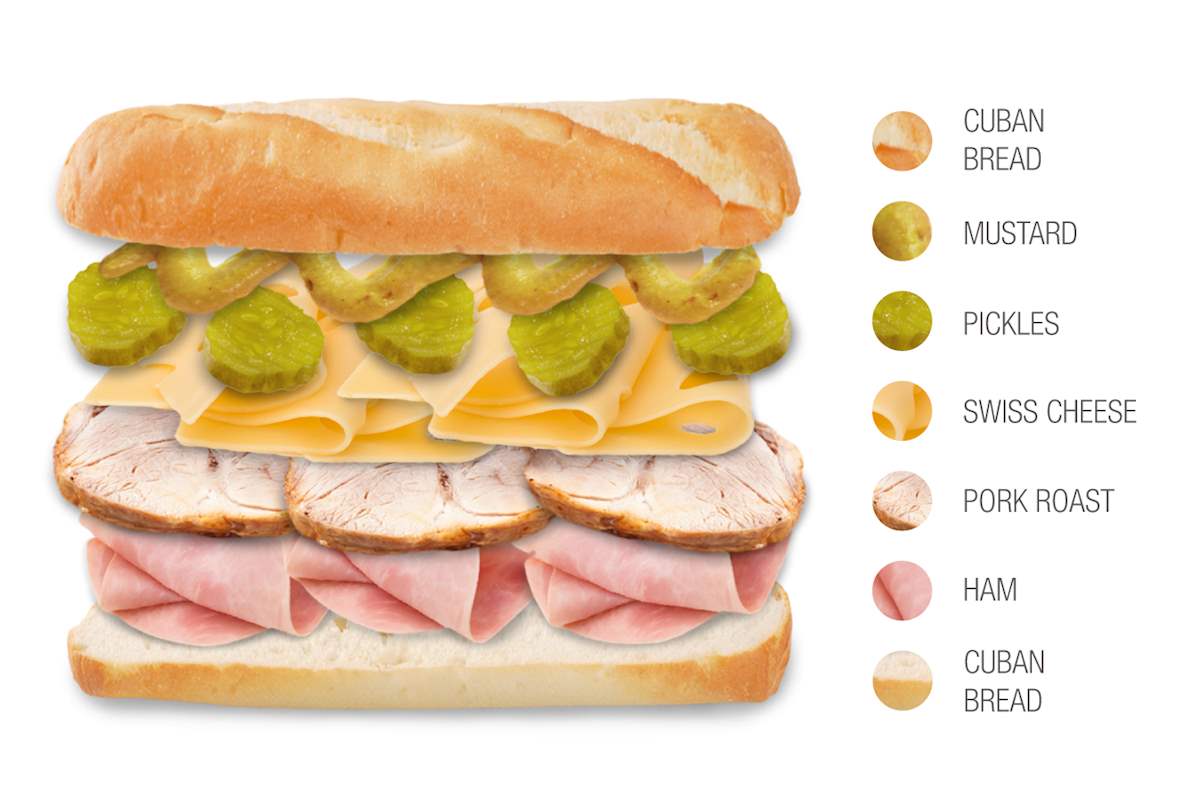 If you can’t get a hold of Cuban bread, you can substitute it with French bread, just not a baguette because it is too narrow and too hard to press correctly. You need a loaf that is crusty on the outside and soft on the inside.

Cubano can be made with several types of ham. The most popular recommendations include sugar-cured ham, honey-glazed ham, and Serrano ham. Some claim that the sweet-cured hams are the best choice for this dish because of their subtle flavor, which does not overpower the other ingredients.

The sandwich can be served hot or cold. It is often cut diagonally before serving.