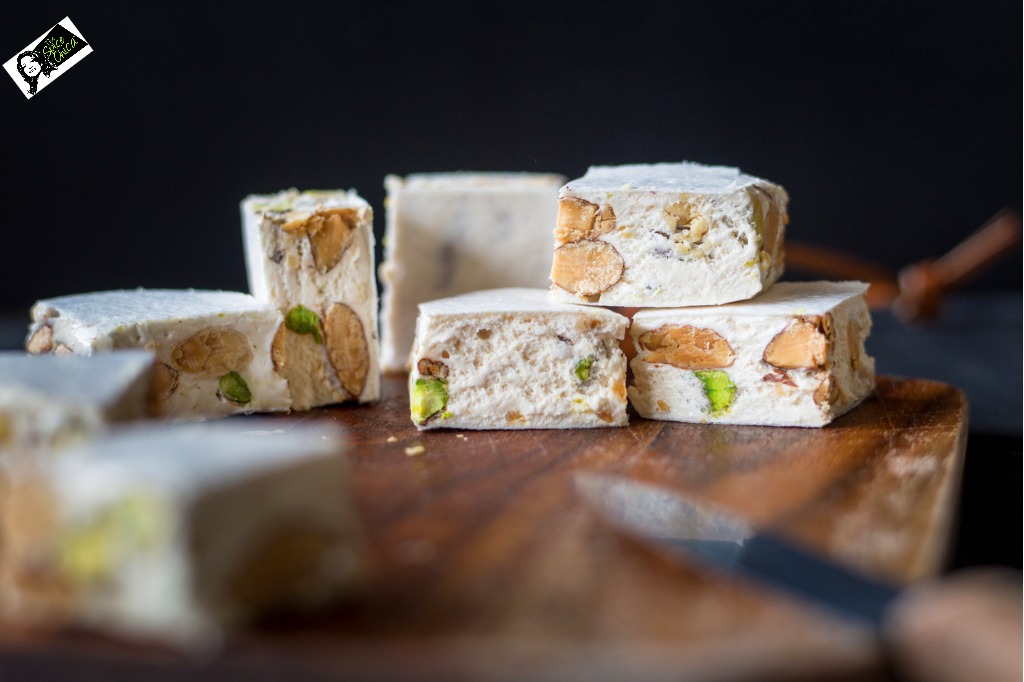 Nougat,Turrón, torró, torrone, turrone, torrão or turon is a confection, typically made of honey, sugar, and egg white, with toasted almonds or other nuts, and usually shaped into either a rectangular tablet or a round cake.

Pour the honey into a saucepan and warm over medium-low heat to 140 degrees F (60 degrees C). Stir the almonds into the warm honey and remove from heat. Mix the egg yolks, cinnamon, and lemon zest into the almonds. Fold the egg whites into the mixture.
Line a dish with parchment paper. Pour the mixture onto the parchment paper and smooth to a 1/2-inch layer. Place a sheet of parchment paper atop the mixture and then place a cutting board over the paper; place a few items on top of the cutting board to give it some weight.
Allow the turron to dry for 3 days. Cut into 1-inch squares to serve.