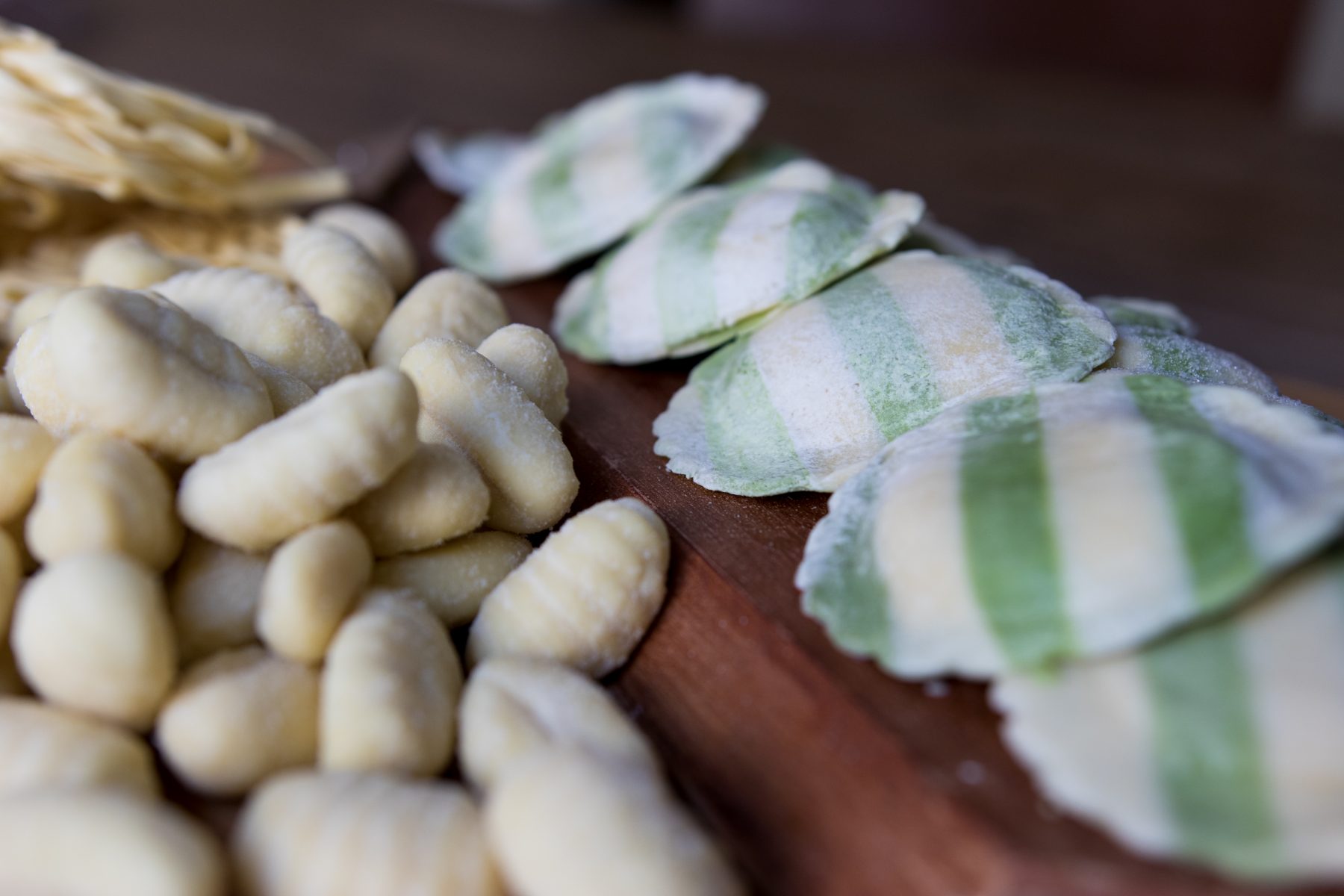 You don’t have a food mill or a potato ricer. Try a box grater, or even coarsely mash the potatoes. But be sure to work air into them (with a fork), which will keep the gnocchi dough from being too dense.

The pile of potato is lumpy. You didn’t fully grind, rice or grate the potatoes. Run them through the mill/ricer again, as long as the potatoes are still warm.

The uncooked gnocchi developed a skin. You didn’t cover the initial log of dough or the formed gnocchi with a clean dish towel. A barely perceptible exterior is okay; a skin you can see or feel might make the gnocchi a bit tough.

Frozen gnocchi stuck together. You didn’t freeze them first on a baking sheet, not touching each other, until firm. Just drop the frozen mass of gnocchi into boiling water to bring them back.

The potatoes are wet or soggy. Boiled potatoes can take on too much moisture. Some cooks say that boiling them skin-on helps eliminate that problem and enhances the potato flavor. Drain them well, cut them open and allow for thorough drying. But use them while still somewhat warm, if you can. Baked potatoes need to be cut open lengthwise to allow steam to escape.

The cooked potatoes are cold. They are usable, but warm and dry potatoes yield a fluffier mixture. You can try reheating the potatoes in the oven, but you run the risk of drying them out too much.

An added vegetable puree has adversely affected the dough. Next time, try a vegetable powder instead.

The cooking water got cloudy with the first batch. The gnocchi had excess flour on them. Boil a fresh pot of salted water. Use a pastry brush to remove excess flour before the gnocchi go in.

The cooked gnocchi look a little fuzzy on the outside and have lost some shape definition. Too little flour was used, or they have cooked too long. Don’t wait for them all to float to the surface; once four to six of them appear, retrieve all of the gnocchi from the cooking water.

The gnocchi stayed at the bottom of the pot for several minutes. You might have added too many at once, or the water had not come to a full boil. Also, if you started with frozen homemade gnocchi — which is okay — they will require a longer cooking time.

The baked/boiled potatoes never achieved the right consistency. Potatoes “should neither be too waxy nor too starchy.” Sometimes the moisture/starch content of a potato will be different, and not great for making gnocchi, at the beginning and end of the potato-growing season. Some cooks say old potatoes are better for making gnocchi. Idaho, russet and Yukon Gold are the most popular varieties to use. Bake them until a paring knife goes in easily.

The dough is sticky. If you have added egg, it might have been over-incorporated. Start over, using a sifter to deliver the flour gradually. Or the weather and humidity might be a factor. Some cooks switch to alternative gnocchi recipes — ricotta instead of potato — in the summer.

The exterior of the potato flesh is tough, and/or there are gaps between the flesh and potato skins. The potatoes are overbaked and too dried out.

The initial, fat log of dough is firm, not shaggy, inside. You might have incorporated too much flour in the mix.

The dough in rope format is smooth-looking and homogenous. The dough is overworked, which results in tougher, denser gnocchi. When you roll the dough into thin ropes again, spread your fingers and start at the center of the dough portion, rolling and gently working out toward the ends. A few cracks are okay.