Shopping for steak? Here are 4 cuts you should know: 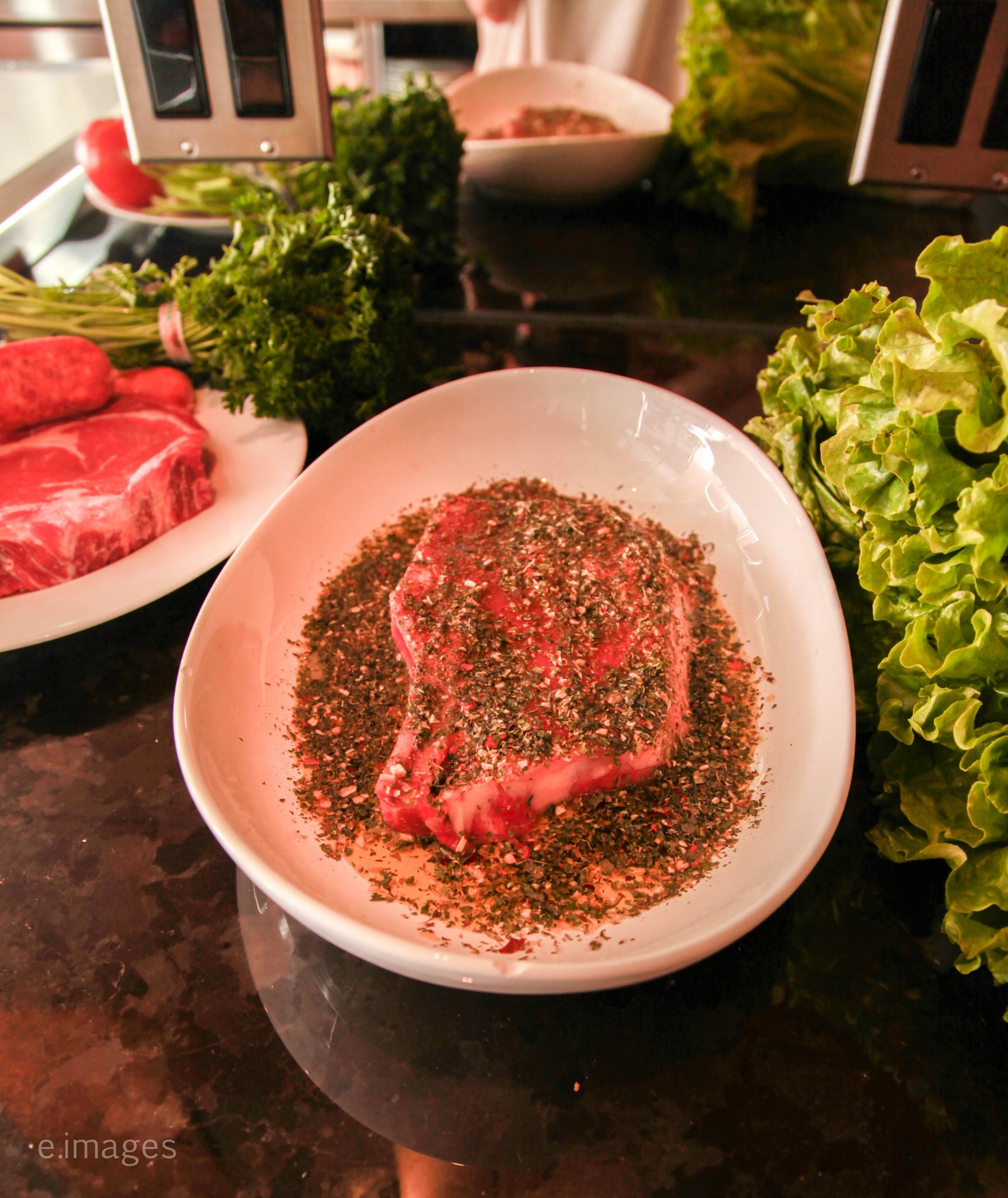 Let’s talk steak — a big, beautiful slab of beef.Whether you cook steak at home or save it for a special occasion out, it’s important to know your high-end steak cuts. Here are the four most popular ones, and we’ll cover where they’re cut from, what they taste like, and how best to cook them.
1. Tenderloin
Other names: Filet mignon, Châteaubriand, fillet, filet
How it’s sold: Boneless; the most expensive cut of steak
Where it’s from: Short loin and sirloin, under the ribs. A whole tenderloin starts out wide and then tapers at the other end (the “tail”). Filet mignon is from the smaller end; Châteaubriand the thicker end.
What it looks like: When trimmed of silver skin, gristle, and fat, tenderloin is small and compact. The meat is lean and very fine-grained in texture. Because of its smaller shape, tenderloin steaks are cut thicker than most steaks.
What it tastes like: The tenderest of all the steaks and lean, tenderloin is buttery and mild in flavor.
How to cook it: Because cuts of tenderloin tend to be thick, the best way to cook it is to sear the outside until browned, then finish the cooking in the gentle, even heat of an oven.
2. New York Strip
Other names: Strip, Manhattan, Kansas City strip, top sirloin, top loin, contre-filet
How it’s sold: Usually boneless
Where it’s from: Short loin behind the ribs
What it looks like: Fat on one edge of the steak. While there is some fat marbling throughout, there are no large pockets of fat. The meat is fine-grained in texture.
What it tastes like: With medium fat content, New York strips are tender, but not as tender as tenderloins or ribeyes, and have good, beefy flavor.
How to cook it: Cook over high heat — pan-sear, broil, or grill.
3. T-Bone
Other names: Porterhouse
How it’s sold: Bone in. According to USDA regulations, the tenderloin portion must be 1.25″ wide to be classified as a porterhouse and only .5″ wide to be classified as a T-bone.
Where it’s from: A cross section of the unfilleted short loin
What it looks like: The name says it all; there is a T-shaped bone with meat on both sides of the longer portion of the bone. On one side is a piece of the tenderloin, and the other side is New York strip. Generous fat marbling throughout.
What it tastes like: You get the best of both worlds with this cut: super-tender, buttery tenderloin, and beefy, juicy strip steak.
How to cook it: Because there are basically two different kinds of steak in one cut, you have to be careful when cooking since the tenderloin will cook more quickly than the strip side. Try to keep the tenderloin further away from the heat source: use a two-level fire when grilling or position it away from the heating element if broiling.
4. Ribeye
Other names: Entrecôte, Delmonico, Scotch fillet, Spencer, market, beauty
How it’s sold: Bone in or boneless
Where it’s from: Upper ribcage, ribs #6-12. Ribeyes are basically a prime rib or standing rib roast cut down into individual steaks
What it looks like: Lots of fat marbling the meat and large pockets of fat interspersed throughout. The middle (central eye) has a finer grain while the outer section is looser and fattier.
What it tastes like: Super beefy, juicy, and flavorful.
How to cook it: Cook over high heat — pan sear, broil, or grill. With the high fat content, though, you need to be careful about flareups.