The Secrets to Soft, Fluffy Gnocchi 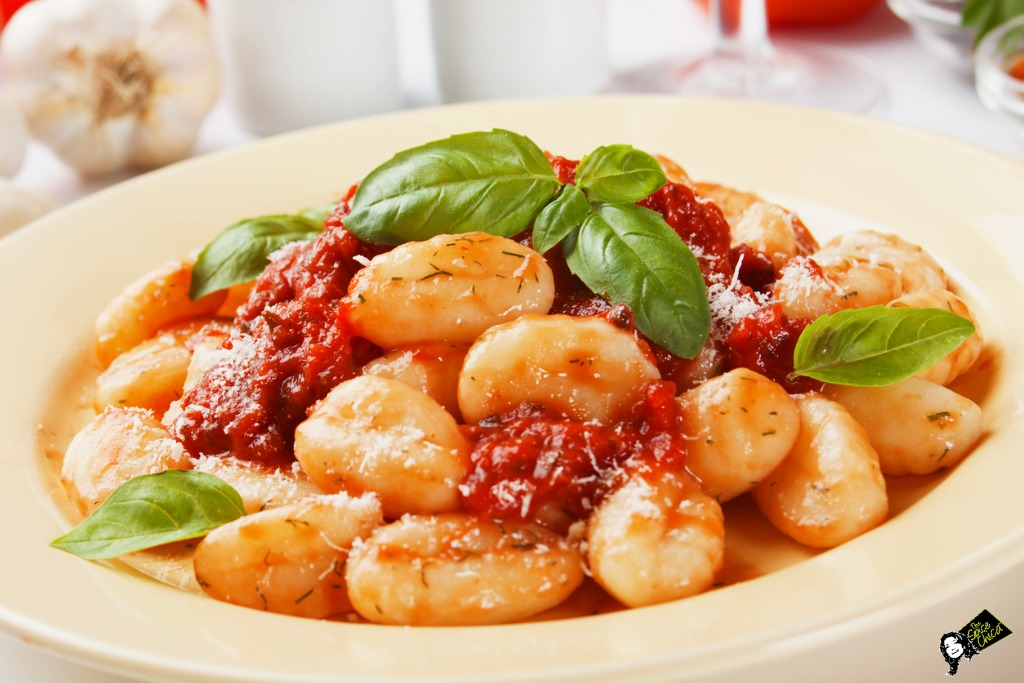 The keys to delicate gnocchi

Good gnocchi, which are essentially light potato dumplings, shouldn’t be tough or chewy at all; they should be soft and delicate, with a silky-smooth texture—just like my mother’s. It’s easy enough to make gnocchi like this at home: All you need is potatoes, flour, eggs, and a little salt. But you do have to pay attention to a few key points in the process to achieve the right texture.

First, use russet potatoes. They’re dry and fluffy and produce the lightest gnocchi. I also find that it’s best to use a ricer instead of a masher to crush the cooked potatoes, because it keeps them aerated and soft. Never use a blender or a food processor, or the potatoes will turn into glop.
Add just enough flour to hold the dough together, and don’t overmix. The culprit in tough gnocchi is usually one of two things (or both): too much flour in the dough or too much kneading. In the years of making gnocchi with my mother, I’ve learned exactly how much flour I need to add, although I had to adapt the recipe here to American flour and potatoes, both of which are slightly different from what you find in Italy. I’ve also learned that the dough should be kneaded just until the flour is fully incorporated, not a moment longer; otherwise the flour’s gluten will make the gnocchi tough.

When you cut the rope inot small square gnocchi, try to make them as uniform as possible.