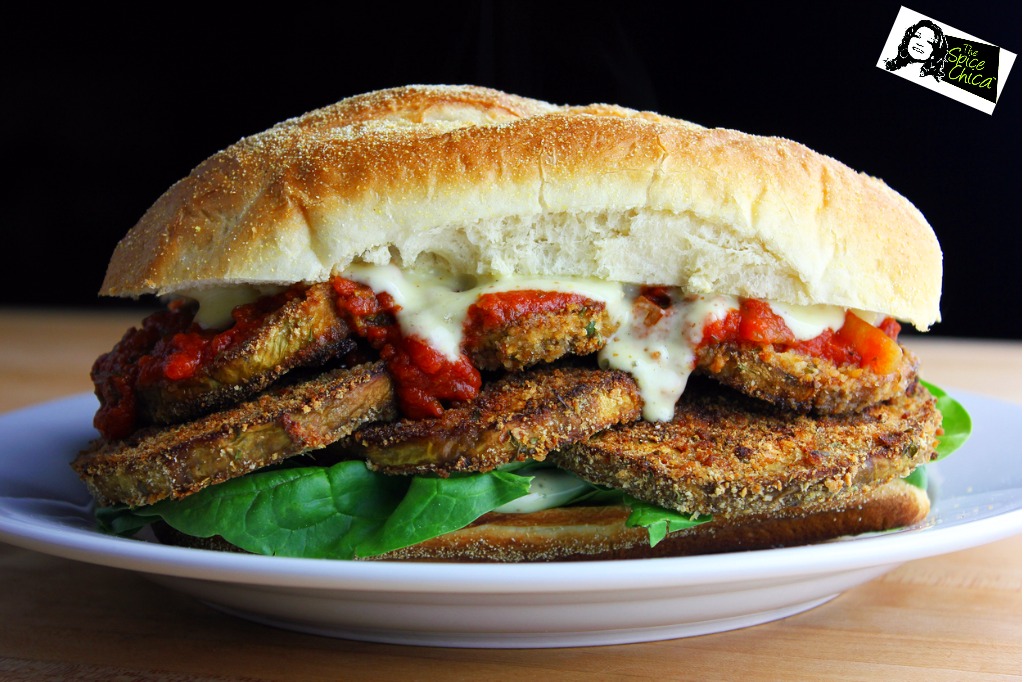 If eggplants could talk, they would tell you to douse them in oil and cook them on high, and that if you treat them right, they won’t be bitter.
Eggplant, called aubergine in the UK and in French, is one of the most versatile ingredients in terms of shape, color, and size, appearing in glossy shades of white, purple, orange, green, and striped combinations of one or more. This staple is served grilled, fried, sautéed, steamed, and, on occasion, raw in almost every cuisine, from Italian to Indian.

While it’s generally thought of as a vegetable, eggplant is actually a fruit. The eggplant, aubergine, melongene, brinjal or guinea squash is a plant of the family Solanaceae. Eggplant is grown for its usually egg-shaped fleshy fruit and is eaten as a cooked vegetable. Some even consider it a berry.

When choosing an eggplant, it should be firm and not too large. The length of a cucumber and the general circumference of a large pear should be about right. Smaller eggplants are less likely to be bitter (a bit of salt can help with this) and have fewer seeds, although these are edible.

While eggplants don’t have an overwhelming supply of any one nutrient, they do contain an impressive array across the board of many vitamins and minerals, such as excellent amounts of fiber, folate, potassium and manganese, as well as vitamins C, K, and B6, phosphorus, copper, thiamin, niacin, magnesium, and pantothenic acid.

Cut the eggplant into strips and bake them; or slice into rounds, add a breaded or spiced coating, and bake for the beginning of eggplant Parmesan or a simple side dish.

Once cooked, the eggplant flesh can be scooped out and easily mashed or pureed into a dip. It has a thick, creamy texture, with a smoky flavor that makes it totally delicious.

This is one of the simplest, and in my opinion, most delicious ways to cook eggplant. All you need is a hot oven, a drizzle of olive oil, and a sprinkle of salt and pepper to transform eggplant into a soft, rich, charred, and smoky treat. Cut it into pieces and eat as is, or mix it into a salad or pasta.

Give it a quick roast or sauté first, then toss cubed eggplant with penne or spaghetti, or even layer it in a lasagna.

Eggplant has dense, meaty flesh that makes it ideal for grilling. Cut it into thick rounds for burgers, cube it for kabobs, or slice it into strips for a simple grilled side dish.

Add eggplant to the list of vegetables ideal for stir-frying. When cooked, it has a semi-soft texture that makes a nice complement to the firmer veggies in the mix.

With its thick skin, eggplant is practically begging to be scooped out, then stuffed with a flavorful filling.

Braised eggplant is like the best of all cooking methods rolled into one. With this method, the eggplant slices or spears are cooked until very soft, while picking up flavors from the other ingredients in the pan.

FOR THE EGGPLANT PARMESAN:

Slice the eggplants into ½” thick disks. If you have the time, season the slices with salt and set aside on rack to “drain” for 30 minutes. Wipe the salt and excess moisture off with paper towel. If you don’t have the time, you can get away with not doing this step, but you’ll need to season the eggplant more aggressively in later steps.

Preheat the oven to 250 degrees F.

Place the flour in a dredging bowl. Place the panko, oregano, and garlic powder in another dredging bowl, and stir to combine. In a third bowl, whisk together the eggs with a pinch of salt, pepper, and a tablespoon of water.
Dredge the eggplant slices in the flour, shake off the excess, then in the egg, shake off the excess, then into the panko bread crumbs. Set aside.
Heat up a skillet over medium heat, and fill with enough olive oil to coat the bottom of the pan about ¼” up. Place a single layer of eggplant slices into the skillet and fry for about 5 minutes on each side, until golden brown. Make sure to watch that the eggplant slices aren’t burning, and adjust the heat up or down as needed.
Place the fried eggplant slices on a tray, season with salt and pepper, then keep in the warm oven while you finish frying all batches of eggplant. Add more olive oil to the skillet as needed.
When you’re done frying all the eggplant, remove the eggplant from the oven and increase the temperature to 350 degrees F.
To assemble each sandwich, slice a ciabatta roll in half, then put on a single layer of eggplant slices. Season with a pinch of salt and pepper, then add a couple spoonfuls of grated parmesan, then a couple spoonfuls of marinara sauce, then a single layer of sliced mozzarella. Drizzle with olive oil, then put the top of the sandwich on and bake for 10 minutes until the cheese is melty. Tuck a few basil or lettuce leaves into each sandwich,