Why Are We So Obsessed with Pizza? History & Recipe 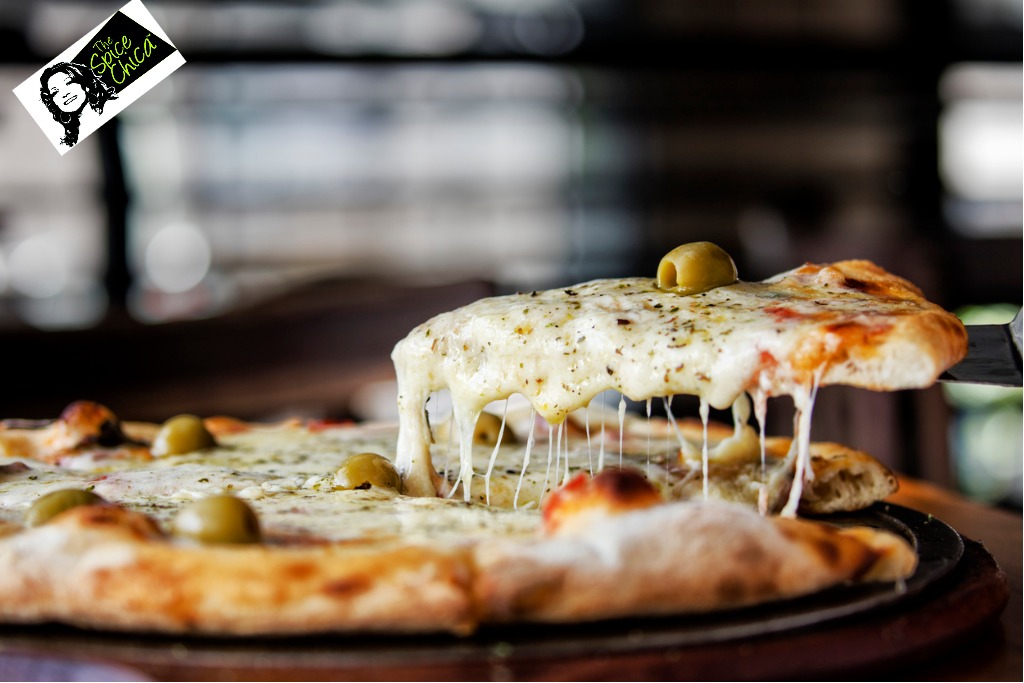 Though Italian in origin, pizza has become a distinctly American mealtime go-to turned massive obsession. These days, pizza seems to be everywhere. We’re not just talking sit down restaurants and pizza parlors. Somehow, this pie-shaped meal has come to mean something greater for us culturally. For many of us, it’s something we can eat with a shocking amount of regularity in a broad range of quality, all of which are arguably, equally beloved.

Perhaps to better understand our long time love affair with a big pizza pie, we must take a look at its where it came from. Though we generally attribute its invention to the Italians, pizza’s origins trace back much further — to Ancient Greece. Though not quite the delightfully greasy and versatile dish we know and love today, the Greeks developed a delivery method for carbs and tomatoes in one name, pita.
Italians, specifically Neapolitans, took this “pitta” and ran with it. Topping with cheese and firing in brick ovens, these pizza makers have continuously perfected the art of pizza. Around the 1700s, Naples had become a booming maritime community, with many of its working class people leading lives mainly outdoors — most people only had one-room homes. Due to the confines of the populist lifestyle, there was a need for meals to be easy to make and quickly consumed. Hence, the birth of the Italian pizza as we know it.

While the lower classes of Naples had been eating pizza for quite a long time, pizza had yet to become something enjoyed by all classes. Finally, in the late 1800s Raffaele Esposito, a baker, developed a dish that was suited to feeding royalty. Word on the street is King Umberto and Queen Margherita travelled to Naples, making a stop at Esposito’s bakery. In an effort to impress the monarchs, he chose to top his creation with the colors of the Italian flag using mozzarella, tomato, and basil. The king and queen, reportedly, were quite taken with the dish, and word quickly spread throughout the country. Bakers everywhere soon replicated the dish, and the rest is history.

When Italian immigrants began making their way to the US in early 1900s, they brought pizza with them. An immigrant named Gennaro Lombardi applied for the first New York business license to make and sell pizza back in 1905, in order to sell pies in his grocery store. From there, others followed — pizza started to spread from New York to New Jersey, to Boston and beyond. The old-style pizza (what you’d think of as New York pizza these days) was made with a thin crust and minimal toppings.

What’s so great about pizza is that it has essentially become a symbol of our great American melting pot (or shall we say melting pie). The diversity of ingredients available makes pizza an inclusive food, offering something for everyone, whether they have allergies, a restrictive diet, or just want to experience a new family of flavors.