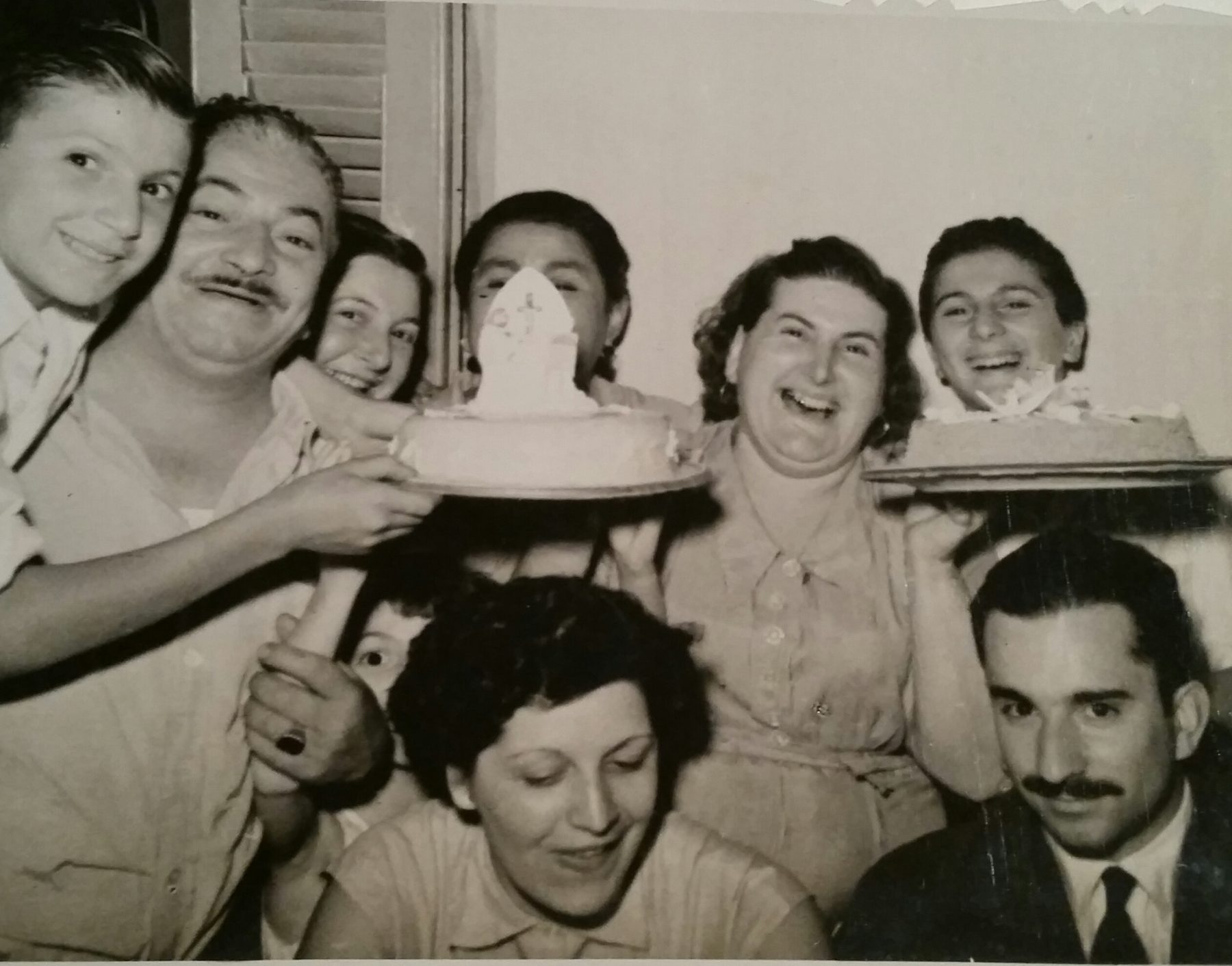 My grand-parents are from southern Italy and traveling to their “home” I was introduced to great food and the lovely Neapolitan language. Unlike regional accents in the US or Canada, Napolitano is not a variant of Italian but rather is its own language. Napolitano is based on Latin but is also mixed with the languages of the early inhabitants of Naples: Greek, Norman, French and Spanish. Due mostly to the heavy use of the Neapolitan dialect in popular Italian song, it is the best known dialect aside from the standard language.

Napolitano was the official language of the kingdom of Naples in the 1400s. Even though it also has a long and prestigious literary tradition, it’s famous for its music. Even Americans can’t get enough of Neapolitan music! Recently a 1950’s Napolitano song “Tu vuò fà l’americano” turned techno and has been heard on TV commercials and even featured in Time magazine’s Top 10 Talented web videos.

Una cape squatrate che devo fare rotundo!
A square head that needs to be made round
This is so funny, i remember many times my nonna using this!

Chi  ten’ a lingua va in Sardegna!
Who has a tongue can find their way to Sardegna!
By speaking up you can get anywhere!

Buono buono, la terza volta buono si fesso!
Good once, twice, the third time good you are an idiot!
Give 2 chances and then I blow up and not give athird chance!

Che si dic….
What do you say?
This is a typical greeting in Monte di Procida. Sort of like the way we use “What’s new?”

Ta gia fa a cape con cipolle!
I am going to fry your head with onions!
My Nonno (grandfather) on my mom’s side, an Ischitano, would say this all the time when I was being a bratty kid.

Mi fa sci ra denti gl’occhi!
You are making it come out of my eyes.
When I was little I took this expression literally when the grownups would say this to each other in raised voices.  I used to watch their eyes to see if anything really did come out of them!

Va fa il paese di policinella!
Go relieve yourself in the town of clowns
My dad would use this expression when he was trying to be discreet around us kids) (You want to hear how naive I am? I always this expression was vulgar but I didn’t realize that it meant go to hell.

The history of pizza begins in antiquity, when various ancient cultures produced flatbreads with toppings.

The precursor of pizza was probably the focaccia, a flat bread known to the Romans as panis focacius, to which toppings were then added.Modern pizza developed in Naples, when tomato was added to the focaccia in the late 18th century.[

The word pizza was first documented in AD 997 in Gaeta and successively in different parts of Central and Southern Italy. Pizza was mainly eaten in the country of Italy and by emigrants from there. This changed after World War II, when Allied troops stationed in Italy came to enjoy pizza along with other Italian foods.