milanesa – all you need to know! 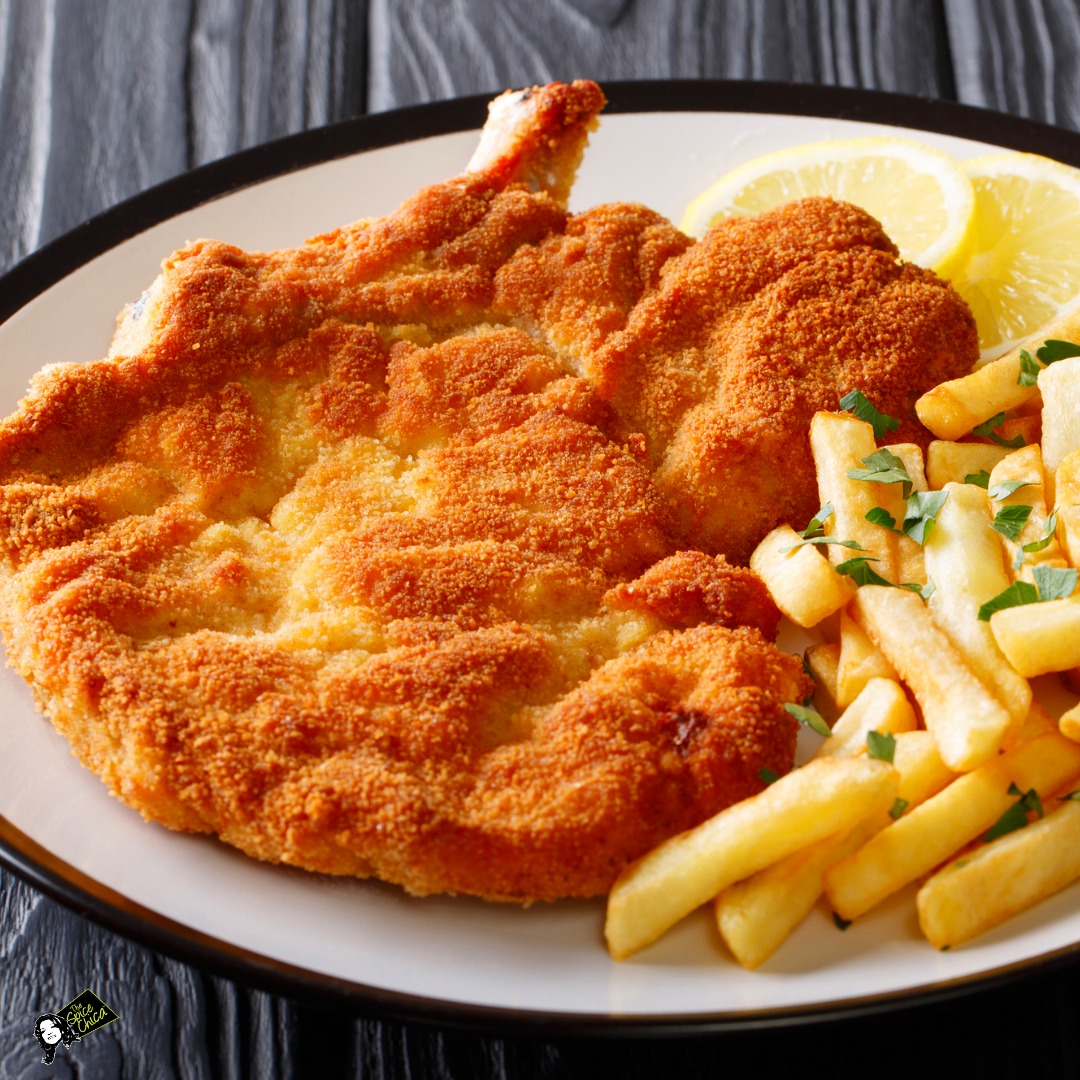 Milanesa was brought to South America by immigrants from the Italian diaspora from 1860s-1920s – Yes, the dish is as old as time.

As a matter of fact, the original Italian recipe bears a resemblance to the Austrian Wiener Schnitzel which also looks and somewhat tastes the same.

How Is Milanesa Made?

Milanesa consists of thin slices of generic meats such as beef, chicken, veal, or sometimes pork.

The sliced meat is then dipped into beaten eggs, seasoned with salt and pepper, and other condiments according to the recipe you’re following.

To achieve a crunchy texture, the egg-dipped meats are subsequently coated with breadcrumbs or flour. They are then shallow-fried in oil.

Food-conscious people prefer to use very little oil in frying the meat and then bake them in the oven for a healthier alternative. A similar dish is the chicken parmigiana.

Milanesa a la Napolitana is thought to have been invented in the 1940s at a Buenos Aires restaurant called “Nápoli”. It has the characteristic tomato sauce and mozzarella cheese ingredients of Italian recipes.

This dish is more sophisticated compared to the typical Milanesa.

Step 1. Whisk eggs in a bowl. Season with salt and pepper to taste. Also, add in oregano. Set aside.

Step 3. Prepare the steaks. First, dip each slice in the egg mixture then transfer it to the crumb-filled bowl. Make sure to coat each side of the meat thoroughly with the crumbs.

Step 4. Heat olive oil in two skillets over medium heat for two minutes. In one skillet, pour one cup olive oil then fry steaks for several minutes while flipping each side occasionally. Fry until golden brown and crispy.

In the other pre-heated skillet, use 2 cups olive oil for deep-frying the fries. Fry until semi-brown

Drain excess oil from the meats and fries by placing them on paper towels.

Step 5. Turn the oven on. Get a baking sheet then lay fried steaks on it. Top each steak with a slice of ham and 4-5 tablespoons of tomato sauce. Sprinkle mozzarella cheese on top.Broil until cheese melts.

This next recipe is the Mexican/Argentina variant of Milanesa. This recipe is an excellent way of spicing up the thin round steaks sitting in your fridge.

This recipe serves Milanesa together with salad and fried potatoes, sometimes rice or beans. You can also opt for other meats – it can be beef, pork, or chicken. For this recipe, we’ll be using beef.

Step 1. Whisk eggs in a bowl. Season with salt and pepper to taste. Also, add in garlic. Set aside.

Step 2. Peel potatoes and slice them vertically – not too thick nor too thin.

Step 4. Dip each steak slice into the egg mixture then to the breading. Turn the slices to coat both sides.

Step 5. Proceed to fry the steaks. Heat olive oil in two skillets over medium heat for two minutes then cook the steaks for about 2-3 minutes each side until they turn golden brown.

The steak Milanesa torta is a Mexican steak sandwich.A torta is a sandwich made from a bolillo roll and comes with lettuce, tomato, and crema Mexicana. Most tortas are also served with refried beans and avocado but they’re not really necessary.

This dish is one of the most delicious dishes ever created because it combines crunchy fried meat with bread, avocado, and sour cream.