How to Make Medialunas – Argentinian Croissants 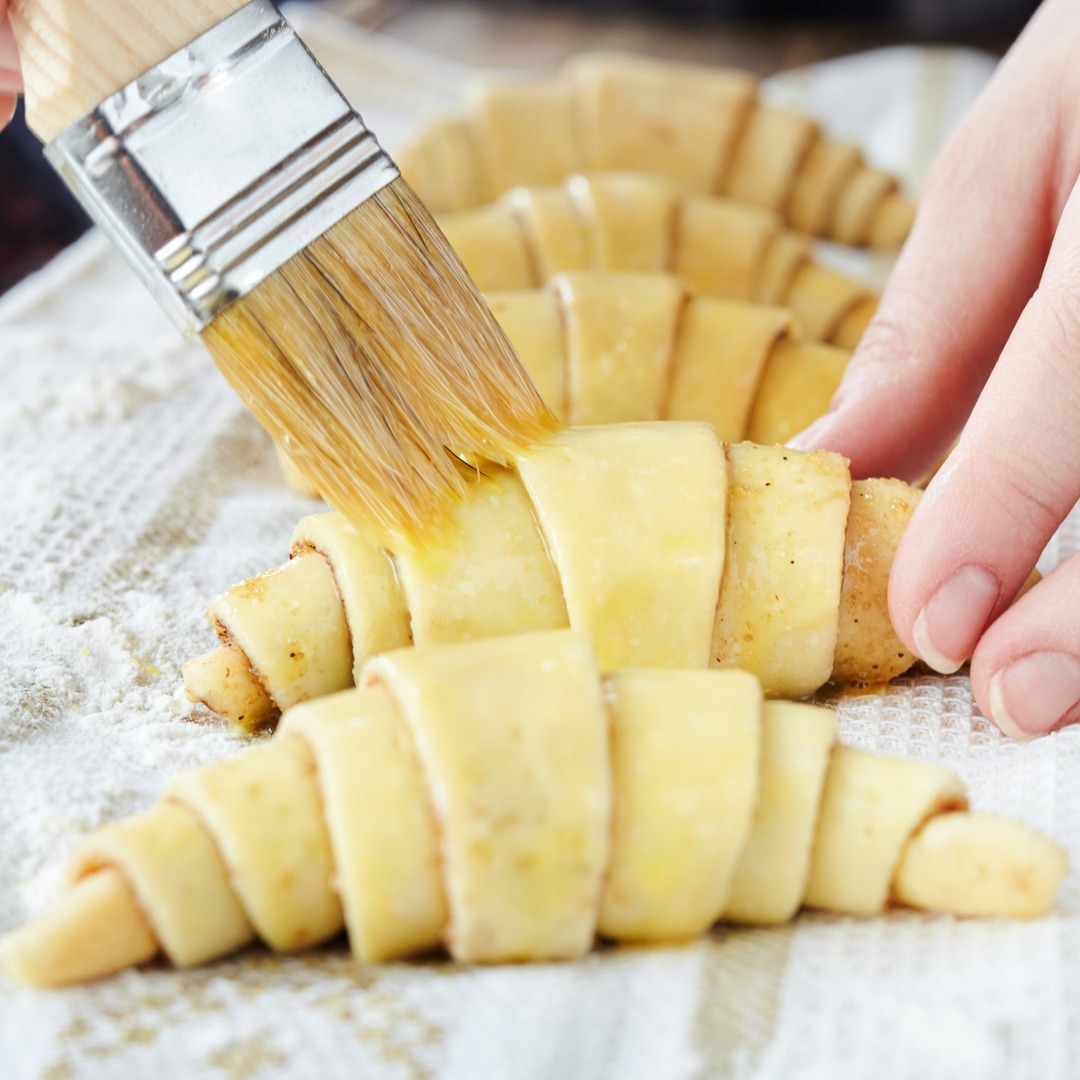 1. Mix together the water and yeast. Cover, and set aside. In a large bowl, mix the flour, salt, and sugar together. Form a ring with the dry ingredients, and pour the yeast in the middle. Add the egg. Incorporate all the ingredients together, first mixing with a spoon and then kneading with your hands. Wrap the dough and refrigerate for 30 minutes.

2. Slice the margarine and place on a floured surface. Mash the slices of margarine together to form a flat square.  Set aside.

3. On a floured surface, roll out the dough until a thickness of 1 cm. Place the square of butter on top of the dough. The butter should be in the center, with a border of dough around it. Fold the edges of dough so that the butter is still visible. This should form a square. Then fold the square in half to make a rectangle. Finally, fold the rectangle in half to make a smaller square. Wrap the dough and refrigerate for 30 minutes. (See my pictures above for help. Mine doesn’t look perfect, but it still turns out great!)

5. Again, roll out the dough until a thickness of 1 cm (in a rectangular shape). With a sharp knife, cut the edges to form a rectangle. Then cut the rectangle horizontally in half. You should now have two rectangular strips. Cut congruent equilateral triangles across the strips. Pull apart and set aside. (You can wrap and freeze or refrigerate the triangles for later use.)

6. When you’re ready to bake, preheat the oven to 350°F (180°C). Gently pull the corners of the triangles to form a tall triangle. (Tip: they are easier to manipulate when they are close to room temperature.) Then roll the dough to form a medialuna. Place on a lightly greased baking sheet. [If you are not making the sugar-rum glaze, lightly brush a beaten egg on top of the medialunas.]

Sugar-Rum Glaze: In a small saucepan, combine the sugar, water, and rum. Heat until it the sugar dissolves, stirring frequently. Let simmer for about 5 minutes, until the liquid becomes a bit thicker (though it will still be quite watery). Take off the burner and set aside to cool a little. Once the medialunas are baked, brush on several coats of the glaze. Serve immediately.