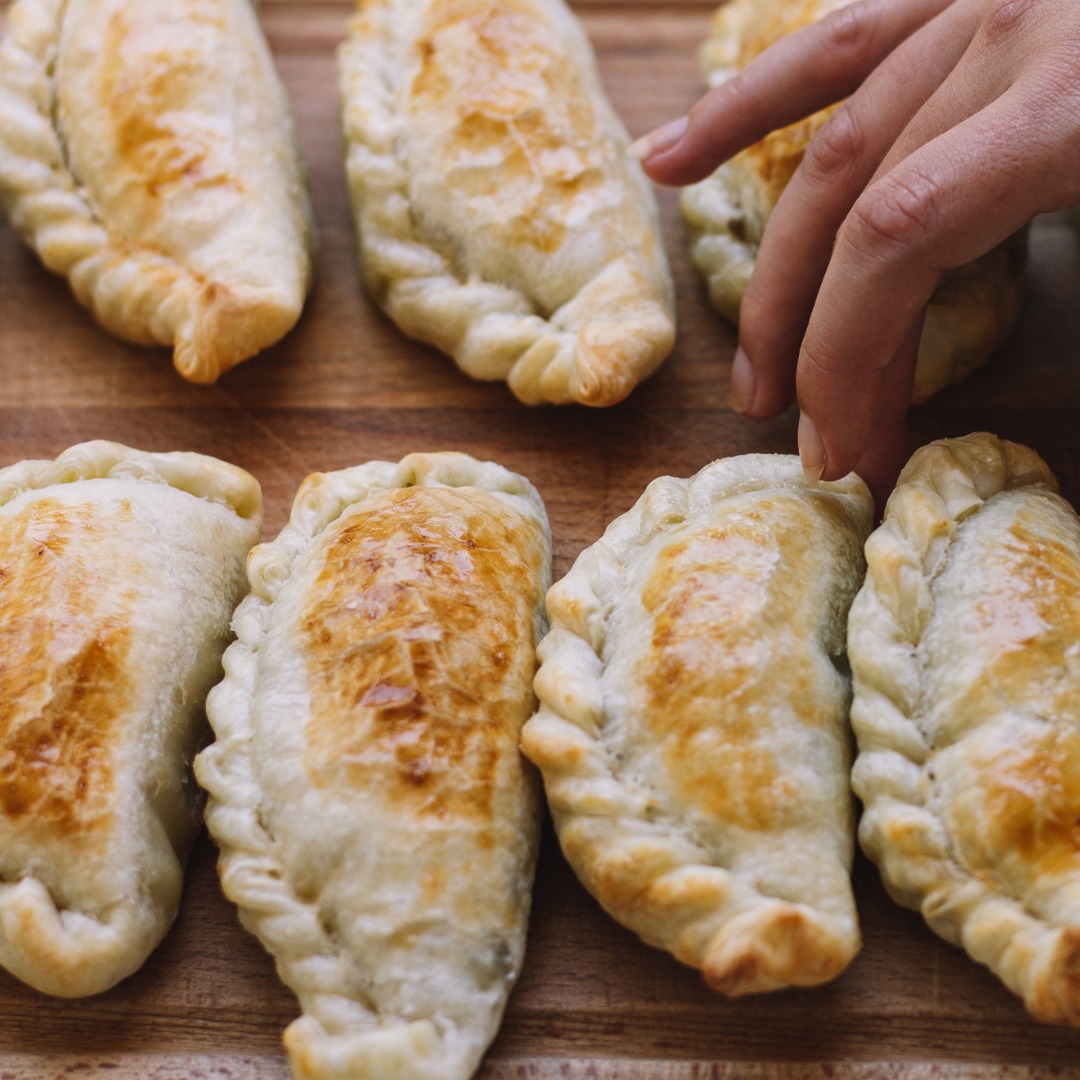 Recipe for Empanada mendocina from the Mendoza region in Argentina (also known for great wines).
Empanadas mendocinas are traditional Argentinean baked empanadas filled with beef, onions, paprika, hot pepper powder, cumin, oregano, hard-boiled egg and olives.
When it comes to the filling you can make them either with ground beef or chopped beef. Also the empanadas mendocinas are known for not using raisins- which are common in other types of empanadas – and to finish the smoked paprika and picante or hot pepper are very important. In addition to the flavor, they give the meat a bright red coloring that is considered a distinguishing factor for empanadas mendocinas.

Salt and pepper to taste

Combine the ground beef, paprika, red pepper, cumin, salt and pepper in a large bowl, mix all the ingredients together and chill until ready to use.

Melt the lard in a large frying pan or sauté pan, add the onions and salt, cook until the onions are soft, about 8 minutes.

Add the meat mixture to the onions and cook on medium heat until the meat is done, stir frequently.

Let the meat mixture or picadillo cool down, and then mix in the chopped green onions and chopped oregano.

To assemble the empanadas add a spoonful of the meat mixture on the center of each empanada disc, add a slice of egg and sliced olive.

Lightly brush the top of the empanadas with the egg yolk; this will give them a nice golden glow when they bake.

Let the empanadas rest in the fridge for about 30 minutes or until ready to bake.

Serve warm with chimichurri sauce or other dipping sauces.