A brief history of Chimichurri 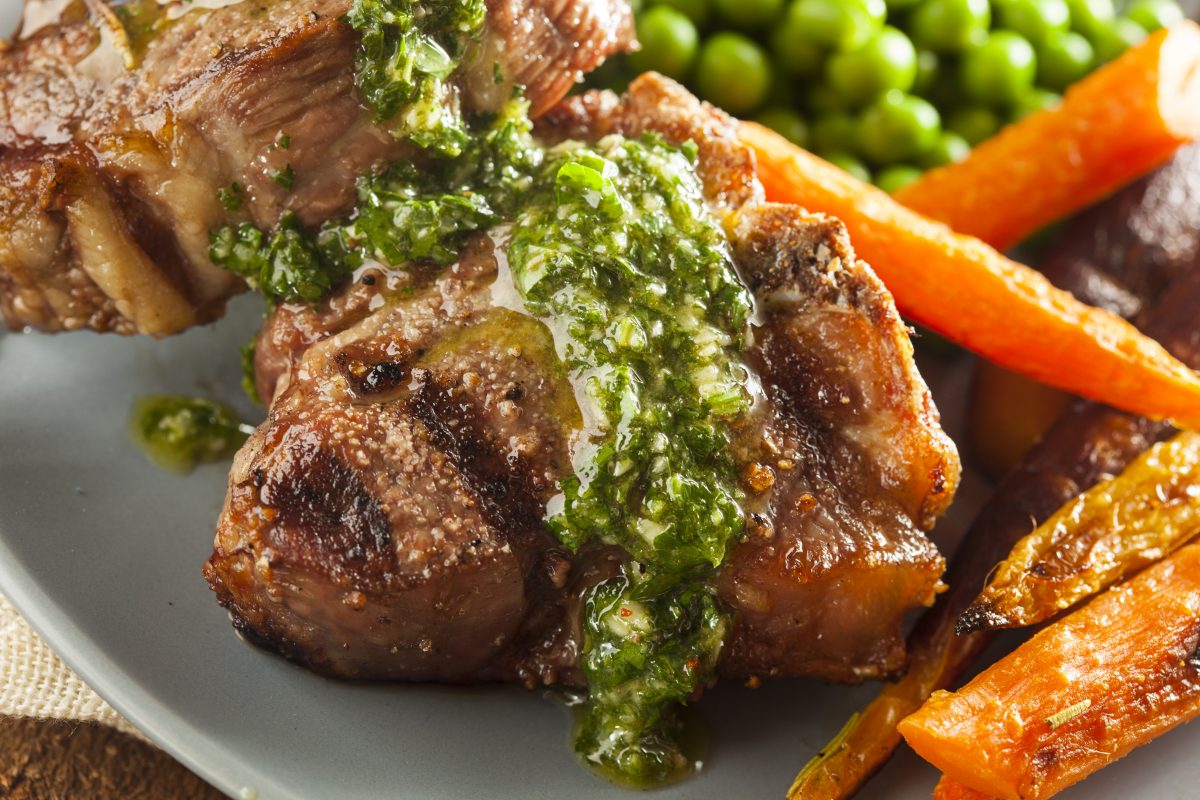 Chimichurri- go ahead, say it. Roll the Rs. Enjoy the sound and take the sauce seriously. Chimichurri is an uncooked sauce used principally on grilled meat.
Argentine in its origins, chimichurri is typically made of finely-chopped parsley, minced garlic, oregano and white vinegar – though there are regional variations. The name’s origin is unclear. Numerous linguists hold the name, chimichurri, as derived from Basque’s tximitxurri, pronounced chee-mee-CHOO-ree; stumbling interpreted as ‘a mix of several things in no special order’.
Another story claims that the name comes from ‘Jimmy’s curry’, Jimmy, being an Englishman who joined the fight for Argentine Independence. His name, being difficult for Argentines to pronounce, morphed into chimichurri.
Food historians think that chimichurri was invented by gauchos to flavor meat cooked over open fires. If so, the gauchos probably used dried herbs as fresh herbs would spoil.
It’s not pesto
Chimichurri is not an Argentine style of pesto. Some look similar, but they have distinct flavors. Pesto contains basil, olive oil, garlic, nuts, and cheese. Chimichurri has oil, water, vinegar, parsley and assorted herbs and vegetables as well as other spices blended in. Pesto is affiliated with pasta. Chimichurri goes with grilled meats.
It’s not Argentine ketchup
No, chimichurri is not Argentina’s version of ketchup. Argentines use ketchup just as people in other nations use it. What you won’t see is people layering ketchup on their grilled meats. That’s what chimichurri is for. Chimichurri is not used for dipping fried potatoes, sprinkled on hot dogs or put on hamburgers.
It’s not pureed herbs
Pureeing herbs, vegetables and spices do not make chimichurri.
Argentina’s chimichurri is the original and the best. Just ask any Argentine.
Buy Our Chimichurri